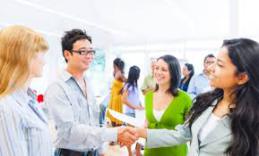 G7 Global is a Store house of information and services throughtout Vietnam.  G7, over the years, has developed cultural and business ties with key resource industries throughout SE Asia. These areas include, Real Estate, Manufacturing, IT, Human Resource Management, Legal, Heavy Equipment and machinery, Transportation and key Education sectors. We facilitate Due Diligence Services for our clients interest in Vietnam.  With offices in Ho Chi Minh City's District 1, G7 is prepared to assist our clients with professional information services regarding entering the Vietnamese ever expanding business arena.  The Vietnamese Government has made recent changes to the Law that promote Foriegn Investment.  It has made it easier to visit and do business in the region.  Your firm can now take advantage of the new Laws and, benefit from the fast growing economy of Vietnam.

G7 offers Brand Representation, facilitation and procurement services throughout Vietnam.  These services allow our clients to navigate the difficult business terrain of Vietnam without putting boots on the ground.  We are your boots on the ground and will facilitate representation services for your product, service or, information inquiry.  When your firm is ready to put boots on the ground, G7 is still your representative facilitator and will assist you or your team with travel logistics and, on the ground planning of all activities prior to your arrival.  Our firm will be your personal assistant and handler while you visit the region(s).  This insures that your team expieriences a pleasant and safe stay in the region.

Please read the information about the opportunities in Vietnam below and feel free to contact us if you need further information or questions.  Start your SE Asia journey utilizing the professional representative services of G7.

Why Invest in VIetnam?  Information from EMERHUB

Vietnam is the third largest market in Southeast Asia and one of the fastest-growing economies in the world. Low costs and regulations that encourage foreign investment are only some of the key elements that attract foreign entrepreneurs. In this article, we present you the top 11 reasons why you should invest in Vietnam.

Located in the center of ASEAN, Vietnam has a strategic location. It is close to other major markets in Asia, the most notable neighbor of them being China.

Its long coastline, direct access to the South China Sea and proximity to the world’s main shipping routes give perfect conditions for trading.

Two major cities in Vietnam are Hanoi and Ho Chi Minh City. Hanoi, the capital, is located in the north and has extremely convenient trading opportunities. Ho Chi Minh City, the largest by population, is situated in the south and is the industrial mecca of Vietnam.

For more information about the advantages of different regions in the country, read our previous article on how to choose your business location in Vietnam.

#2 Doing business is getting easier every year

Vietnam has made numerous amendments to their regulations to make investing in Vietnam more transparent.

In terms of ease of doing business, Vietnam ranked 82 out of 190 countries in 2016. Compared to the previous year, the ranking improved by 9 positions.

This rise was the result of improvements in some processes of doing business. For example, the government made the procedures of getting electricity and paying taxes easier, according to the World Bank report.

Based on their economic models, Trading Economics predicts Vietnam to rank 60 by 2020. Hence, the future prospects of ease of doing business in Vietnam are very promising. Another indication of openness to the global economy are the numerous trade agreements Vietnam has signed to make the market more liberal.

Some of the memberships and agreements:

All these treaties show that Vietnam is eager to promote the country’s economic growth and will continue its commitment towards trading with other countries.

Over the last few decades, Vietnam’s economic growth has been one of the fastest in the world. This rapid development started due to economic reforms launched in 1986 and the rise has been continuous ever since.

According to the World Bank, the GDP rate in Vietnam has experienced a stable growth, averaging 6.46 % a year since 2000.

Geographical advantages and growing economy are not the only attractive features for investors. Vietnam has always been welcoming to foreign direct investment (FDI) and encourages it by constantly renewing regulations and providing FDI incentives.

The government of Vietnam offers several incentives to foreign investors who invest in certain geographical areas or sectors of special interest. For example, in high-tech or healthcare businesses. These tax benefits include:

In July 2015, Vietnam also implemented Decree 60/2015 which allows foreign investors to invest in more areas than before.

Vietnam recorded $24.4 billion as foreign direct investment in 2016, according to the government. Giants like Samsung, Nestle, and LG are among the largest investors contributing to this number.

#6 Vietnam is the next China? According to the World Bank, the economic growth of Vietnam has raised the country from one of the world’s poorest into a lower middle-income country over the past three decades. If the economic rise of nearly 7% a year will continue, Vietnam’s economic development could be compared to what Chinese economy experienced a decade ago, as predicted by economic analysts.

Rising labor costs in China increase the prices of products as well, giving Vietnam a good opportunity to become the next hub for producing labor-intensive goods. Industries that used to flourish in China are now moving to Vietnam.

For example, Vietnam is becoming the hotspot of manufacturing instead of China. In addition to top manufacturing sectors such as textile and clothing, Vietnam’s manufacturing is also taking a more high-tech direction.

With over 95 million residents, Vietnam ranks as the 14th largest population in the world. By 2030, the population will grow to 105 million, as forecasted by Worldometers.

Together with a growing population, the middle class of Vietnam is increasing faster than of any other Southeast Asian nation.

Steadily increasing economy means bigger income which, in turn, will result in growing middle class. A market research firm Nielsen estimates the middle class in Vietnam to grow to 44 million residents by 2020 and to 95 million by 2030. This will support consumerism making Vietnam a profitable target for foreign investors. Unlike in China where the population is aging rapidly, the demographics of Vietnam is young.

According to Worldometers, the median age in Vietnam is 30.8 years in contrast to 37.3 years in China. Nielsen has also estimated that 60% of Vietnamese are under the age of 35.

The workforce is young and large and shows no sign of decrease. In addition, the country also invests more money in education than other developing countries. Thus, besides being vigorous, the labor force in Vietnam is skilled as well. In contrast to many other countries, there are no minimum capital requirements for most business lines in Vietnam. You can start a business without having a great amount of charter capital in your back pocket. Just make sure you have enough funds to cover the planned expenses of your company set up and you are good to go.

However, note that the amount of capital you stated must be fully paid in within 90 days of the date of your company registration.

If you would like to know more about capital stipulations, see our article about minimum capital requirements in Vietnam.

Despite the yearly increase of minimum wage, Vietnam is still a country with low labor costs. Wages in Vietnam remain less than half of what the wages are in China.

The rise of wages in China has forced manufacturers to look for a market with lower labor costs. Vietnam with its low minimum wage and growing economy is a great low-cost alternative to China. #11 Vietnam is much bigger than people realize

There are more people living in Vietnam than in most of the large countries in Europe. Vietnam’s population has already surpassed the following European countries:

Growing solvent population together with a booming economy hide bigger investment opportunities in Vietnam than most people would realize at first.

These were the 11 main reasons why to invest in Vietnam. In addition to the upsides, there can also be risks, as when investing in any other country. However, as you can see from this article, the tremendous growth potential of Vietnam certainly outweighs these risks.